In the past God spoke to our ancestors through the prophets at many times and in various ways, but in these last days he has spoken to us by his Son, whom he appointed heir of all things, and through whom also he made the universe. The Son is the radiance of God’s glory and the exact representation of his being, sustaining all things by his powerful word. After he had provided purification for sins, he sat down at the right hand of the Majesty in heaven. So he became as much superior to the angels as the name he has inherited is superior to theirs.

The existence of this pool seems nothing short of miraculous. Aside from rain, what could be feeding it so high up on that tower of rock? I imagine this would be a place of pilgrimage, where the waters of this hard-to-reach place are surrounded by speculation and myth. Perhaps they heal, or impart hidden knowledge. They could be transformative, changing one substance, or being, into another. Could it be that in the pool’s reflective surface you can see things beyond normal human sight? Or the water might serve as a hidden gateway from one realm to another. Maybe it’s not really water at all. There are so many possibilities, limited only by the bounds of your imagination… 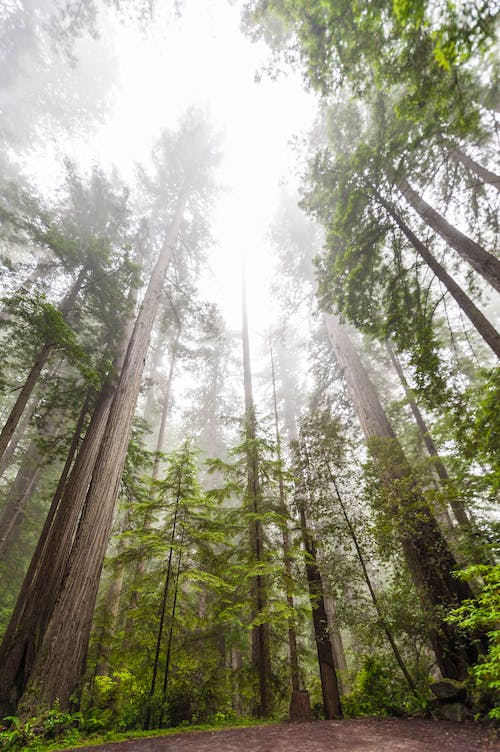 It has been a long, exhausting day of walking through harsh mountain terrain. You’re cold, hungry, your muscles are aching, and the sun is about to set. Suddenly you come upon this place, nestled onto the top of a nearby peak. The windows are lit up with a friendly glow, and there is smoke rising from the chimney. The musk of burning wood that carries on the wind makes you long for warm, dry clothes, and a hot meal. But this is a strange place to live, remote and barren, with no good place to grow food, keep livestock, or even hunt for game. Who lives there, and how do they survive in this harsh climate?

This image made me think of my short story about Delevan, a young man whose village was destroyed by wyverns during the Era of Desolation in my world’s extensive history. Salvaged from the wreckage was an important tome, and Delevan was entrusted to deliver it to a monastery in the mountains for safekeeping. The journey was not a simple one, and he met an unexpected foe on the way… But that is only one possible story. What’s yours?

Progress Update
2019 had a promising start with the publication of Shards of Faith in early spring. But it ended up being a challenging year for me personally, which made it difficult to get substantial writing done on the next book. That doesn’t mean I wasn’t working, however. I used my creative dry spell as a time to get other things accomplished, like a much needed re-edit of Journey to Aviad, and my series timeline, which is now quite extensive and current to the chapter I’m writing now. Though it’s not something readers will ever see, it was important for me to make sure I hadn’t accidentally made any mistakes, and that I don’t make any going forward.

By the end of 2019 I was really starting to feel the pressure, and I managed to get my writing back on track. Now in 2020, I’m making up for lost time and really kicking things into high gear. Between Jan-Feb I managed to get out 30,000 words, which is a pretty significant chunk. So far I’m on track in March to best my numbers from February. Numbers aside, the point is that I’m making good progress toward keeping my promise of publishing the next book this year. If I can stay on track, I’ll have this book finished before summer, which will be a huge relief to me, and great news for all you readers who have been waiting patiently.

In the meantime you can get more progress updates and stay connected to my book world by subscribing to my author newsletter which comes out twice per month. Check out the latest newsletter and get a free copy of my short story collection when you help me out by sharing this week’s Ancient Voices sale on your social media. (Details are in the newsletter.)

Let no evil talk come out of your mouths, but only what is useful for building up, as there is need, so that your words may give grace to those who hear. And do not grieve the Holy Spirit of God, with which you were marked with a seal for the day of redemption. Put away from you all bitterness and wrath and anger and wrangling and slander, together with all malice, and be kind to one another, tenderhearted, forgiving one another, as God in Christ has forgiven you. Therefore be imitators of God, as beloved children, and live in love, as Christ loved us and gave himself up for us, a fragrant offering and sacrifice to God.

There’s got to be a good story behind this striking image. What is that horrible creature lurking below the water’s surface? Its tentacles wrap around the doomed ship, but also seem to be holding up the chest filled with gold. Did those on board try to appease it with wealth, only to anger it instead?

The second boat is trying to make a hard turn away from the creature. With prayer and luck it just might get away, or else it will share the same fate as its sister ship. Should any of these sailors survive, their tales will no doubt spark legends, many of which will grow over time to have a life of their own. It’s no wonder sailors are such a superstitious lot!

What does such a creature want with gold anyway? Does it collect wrecks as a dragon hoards treasure, or is there perhaps someone waiting on the ocean floor to receive it? Someone who is using the beast to hunt, much like hawks can be trained and released to bring back game.

But these are only some of the possibilities. What do you see?